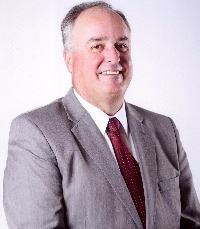 Donald C. Huish was born and raised in Douglas, graduating from Douglas High School in 1977. He lived outside our community for 10 years during which time he served a religious mission in Ecuador for the Church of Jesus Christ of Latter-Day Saints; graduated from the University of Arizona with a degree in Public Administration; and worked for the City of Prescott Arizona as a budget analyst while working on a masters degree at Northern Arizona University.

He returned to Douglas to serve as the Community Development Director for the City of Douglas. He spent the remainder of his career as Business Manager for the local school district. He is married to Arizona native Sherry Nielson since 1981. They are the parents of 10 children and they have been blessed with 11 grandchildren.
Notify Me
Online Payments
Employment
Agendas & Minutes
Ordinances
Let Us Know...
[]